In my images I always try to represent the essence of the soul of the one who is in front of the camera.

To my eyes none of them is just a “model”, it would be too limiting as a definition, it would be like reducing a soul, pure energy to something confined, earthly.

Each of them is first and foremost a Woman.

A muse whose own emotions, feelings and history inspire and guide me in further inner growing.

I ask each these woman who comes to create images with me, to bring her own selves above all. Clothing and makeup are just secondary.

I'm not looking for “poses”, I’m looking for moments of a life lived, real emotions, letting their energy flow without fear of being judged. No shame of wrinkles, moles, scars or stretch marks... all “signs” a life path; signs that make each of them even a more unique being, perfect and perceptible to all those eyes that can “see beyond”.

I’ve been lucky enough to have met women who, with their powerful intuition, have immediately understood my vision and have had no problem laying themselves bare – and I mean not “only” physically – in front of my camera.

Despite the fact that we have never met me before. With these premises, selecting the images to be presented in a group exhibition, it seemed to me reductive to bring “simple” prints. Each image in fact contains a world that cannot – in my humble way of seeing – be reduced to a flat representation on the surface on which it is printed. For some years now I have been searching for a way to engage the viewer. To succeed in making him actively participate, beyond mere observation.
Thus was born (R) – re-connection – the first experiment in this direction. Making the observer turn around the images that compose the installation to make him discover emotions, trying to make him connect, or rather, to reconnect... We are all connected, unfortunately the system tends to separate us and, unfortunately, it succeeds very well.

The first image above acts as a “bridge”, a Caronte that transports souls to a new dimension. It connects the classic, flat representation with the rest of the work.

Once the attention is captured, the viewer is prompted to move between the lower images – which not coincidentally are five like our primary senses. Illuminated from below to reinforce the concept that the earth, Mother Nature, is the glue, the common denominator between us, the other marvelous beings that inhabit her and she herself. 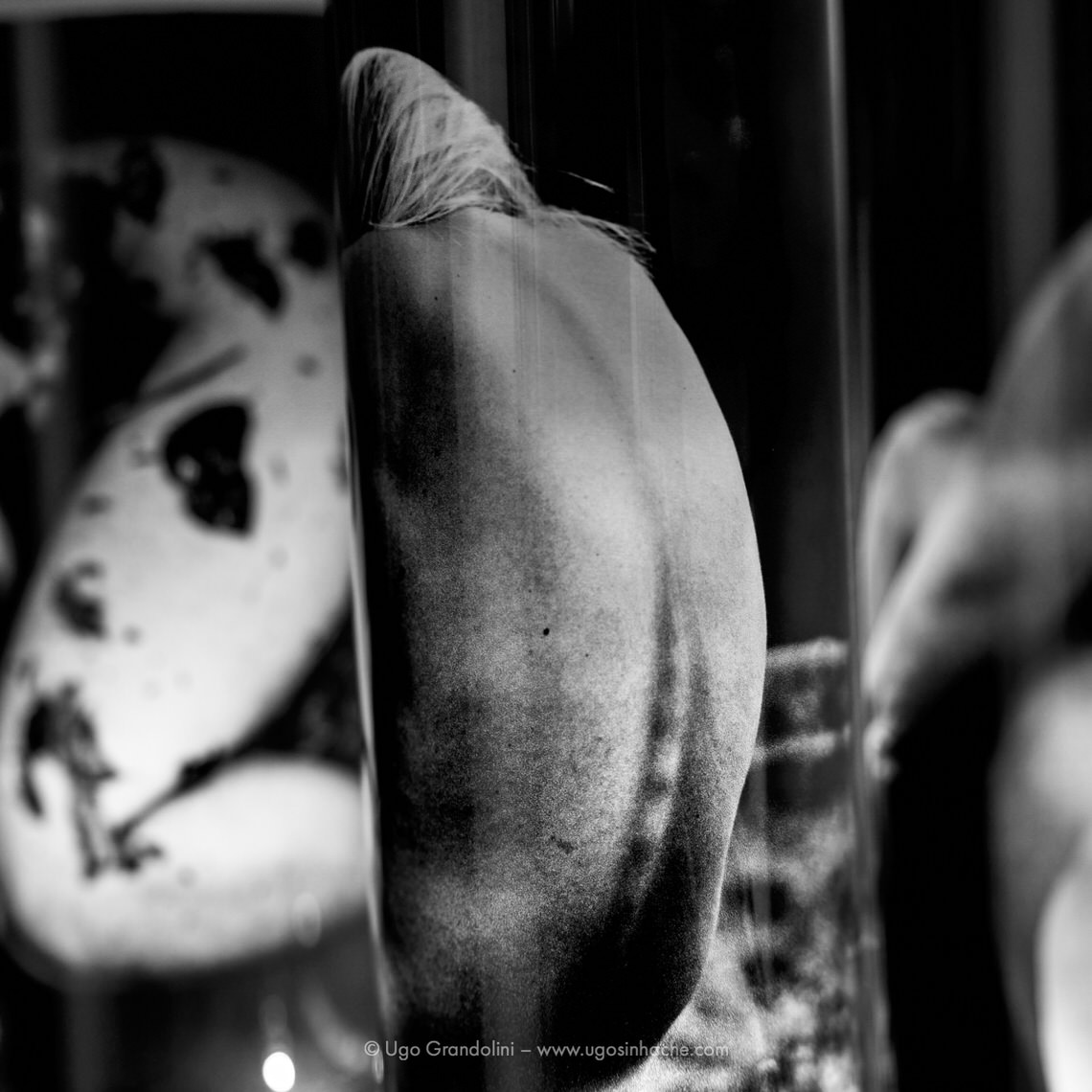 (R) wants to be an invitation to slow down the pace, to stop, to reflect. To become aware of our senses, to remember who we are. A stimulus to undertake a path of re-connection in a world in continuous evolution – which I'm not so sure is, instead, in continuous involution...

By forcing the viewer to move around the installation I hope to begin to set his energy in motion, to create in him a three-dimensional vision, so that I can convey to him the full meaning of the work. And forcing of this movement is not causal. It is a small “revolution”, which aims to counteract the passivity with which we are accustomed to enjoy images on a small screen in debasing exhibitions, often disfigured of their meaning by an unfair “forced censorship” – as well as interspersed, alas, by the now inevitable advertising that from a communication tool has now turned into a weapon of manipulation.

(R) is a motivator to take a breath, breathe deeply and reflect on what we actually want for our future and, above all, for the future of those who will come after us.

The top image is printed on aluminum Dibond, signed and numbered on the back; the bottom images, inkjet prints on acetate film, are signed, numbered and embossed. The plexiglass shelf, made to measure, comes complete with plugs and a diagram for wall mounting.

The lighting is low consumption (LED).

Produced in only three exemplars the installation is supplied with a certificate of authenticity.